GTR Ventures is the world’s first venture-building and investment platform specialised in trade and supply chain.

GTR has a proprietary network of over 25,000 decision makers in trade finance, treasury and insurance, and organises events annually in over 15 cities across 6 continents, in venues such as Chicago, Mexico, London, Paris, Cairo, Nairobi, Lagos, Cape Town, Dubai, Mumbai, Singapore, Stockholm, Moscow, Istanbul, and Geneva.

Leveraging this platform innovative companies in trade and trade finance who join GTR Ventures as our partners and portfolio are able to engage the world’s most powerful trade finance community, as well as investors who appreciate trade finance as an asset class.

Our vision: to pioneer investments in fintechs for trade and champion trade finance as an alternative asset class that has been shown to be low risk, stable, and liquid.

With this vision in mind, we have identified four investment areas of focus:

GTR Ventures engages key public and private sector stakeholders in the trade universe. Together we champion trade and trade finance as an asset class and mobilise private capital into trade. Trade just got smarter. 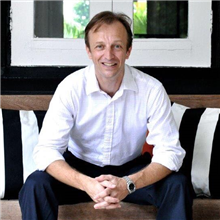 Co-Founder and CEO of GTR Ventures

Rupert is co-founder and director of Exporta Group and GTR Ventures, based in Singapore.

He has over 20 years’ experience within the emerging markets trade, commodity and export finance markets. As co-founder and director of Exporta Group, with offices in London, Singapore and Hong Kong, Rupert has helped create the leading global media force in trade, commodity and export finance: GTR-Global Trade Review, including launching and managing the annual GTR Asia Trade & Treasury Week in Singapore, the world’s biggest single trade finance-related event, plus events from Brazil to Mongolia, Sweden to Australia, Nigeria to China, US to India, Indonesia to UAE.

He was also founding editor of GTR-Global Trade Review magazine, supplements and e-news. Before Exporta, Rupert was founding editor of Trade & Forfaiting Review and editor of Project &Trade Finance at Euromoney Institutional Investor. He was also parliamentary assistant in the House of Commons, research assistant in the European Parliament and research fellow at The Atlantic Council, Nato’s UK representative body. Rupert has an MA in International Studies and a BA in International Relations & Strategic Studies. 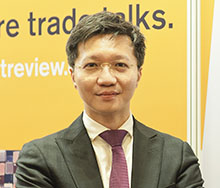 Kelvin is co-founder of GTR Ventures, based in Singapore. Previously, he was Deputy Director at the Monetary Authority of Singapore (MAS), where he worked closely with international organisations, corporates, banks, and fintechs, to enhance Singapore’s trade finance ecosystem as well as promote trade finance as an asset class.

His coverage included a wide range of issues in the world of trade finance, focusing primarily on technology, data, digitalisation, and product innovation in areas such as supply chain finance, alternative lending, B2B payments, procurement, and SME finance. For Singapore’s Financial Sector Development Fund, administrated by the MAS, he led due diligence and screening for a grant provided to a start-up in trade finance asset distribution.

As the secretariat for the MAS-led trade finance committee, he was deeply involved in Singapore’s Networked Trade Platform (NTP) project — an award-winning trade information management platform and pre-cursor to the Global Trade Connectivity Network (GTCN) project between Singapore and Hong Kong.

Prior to the MAS, as Senior Investment Officer at the International Finance Corporation (IFC) – the private lending and investment arm of the World Bank Group — Kelvin worked on structured trade finance deals, bilateral trade finance programs with banks.

Besides trade finance, he has significant trade policy experience, having started his career at the Ministry of Trade and Industry in Singapore. He covered cases related to the WTO, international trade disputes, and customs tariffs, as well as negotiated free trade agreements with ASEAN, India, Ukraine, and Peru. As deputy director for emerging markets, he managed top corporate and government relationships in over 100 countries, from Russia, Central Asia, to Turkey, the Middle East and Africa. 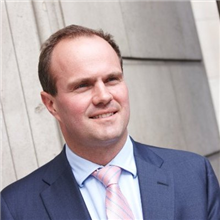 Peter is Chief Executive Officer of Global Trade Review (GTR), based in London. He has over 20 years commercial experience in publishing and events across the global trade, commodity and export finance markets. As co-founder of GTR, Peter is responsible for sales and marketing of the company’s publishing activities and global conference portfolio, also playing a central role in wider strategic planning.

Before establishing GTR Peter held senior sales and marketing positions at Euromoney Institutional Investor and Ark Publishing, where he also launched Trade & Forfaiting Review. He is a co-founder and Executive Director of GTR Ventures, the world’s first venture-building and investment platform specialised in trade and supply chain finance.

Peter holds a BA in History from Newcastle University, UK. 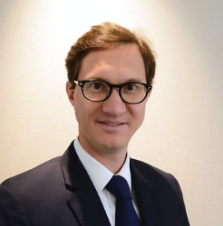 Sébastien Bruyant has over 15 years experience in Trade Finance and Investment Banking.

Sebastien was co-founder & CEO Alcora Global, a Singapore-based trade finance fund. Previously he held a number of senior roles at HSBC including Director (executive level) of Strategic Energy Solutions Group. During his time at HSBC in Asia (Hong-Kong SAR and Singapore) Sebastien helped to manage one of the largest trade finance books in Asia-Pacific, was responsible for expanding HSBC’s commodity capabilities in the region.

Sébastien’s education includes and a LLM (DESS) in Business Law from Paris-Dauphine University and the MAP at INSEAD .